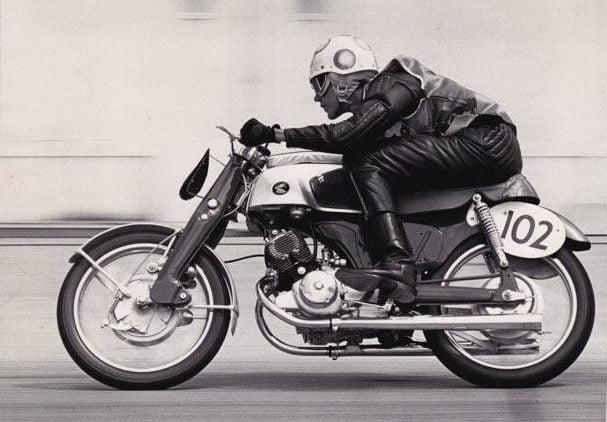 She is Mary McGee, one of the first women to race motorcycles and break the all male barrier in the sport of motocross and road racing in the United States!

This is what the AMA Motorcycle Hall of Fame says about her exciting life as a racer when she was inducted into the Hall of Fame.

“Mary McGee is a pioneering female motorcyclist, who was among the first women to race motorcycles in motocross and road racing events in the United States.”

“Mary McGee is a unique, dynamic force of nature in the world of motorcycling.”

“Throughout her adult life, McGee has served as an ambassador for motorcycling, whether through her example as a pioneering female competitor or through her speaking engagements and social media posts that encourage people–especially women –to try motorcycling and competitive riding.”

To find out why she is important to Riding into History, watch for our next announcement!