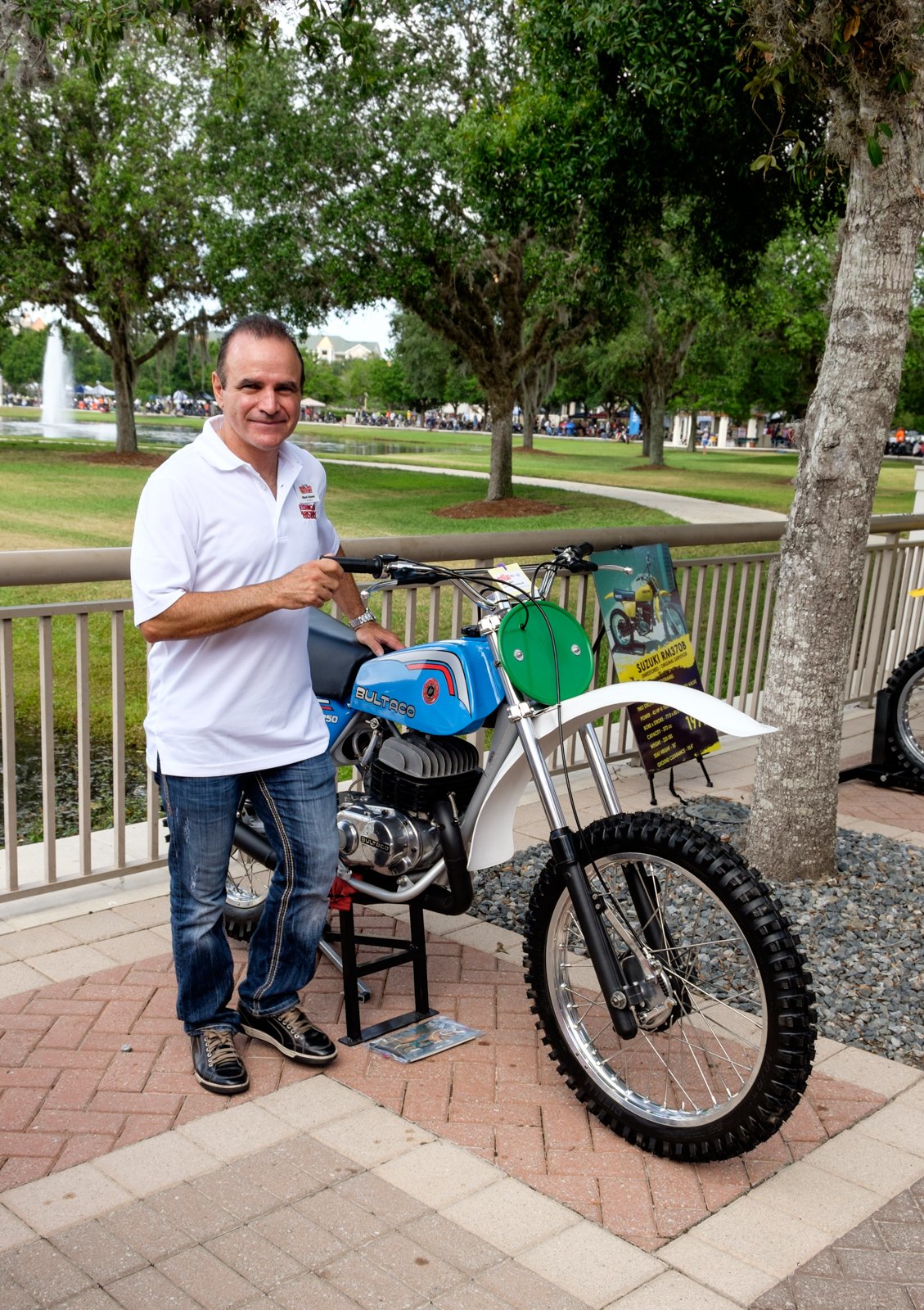 The second in a series of posts on some motorcycles and owners seen at our most recent event. These may not be big winners, or mega dollar examples, but we hope you will find their stories of interest.

Mark Becker is a car guy. He’s owned everything from a flock of Bantams to an AAR ’Cuda to his current Packard convertible, award winners all. If that is not sufficient proof, consider he closed a successful legal practice to become the Vice Chairman of the Amelia Island Concours.

But in his youth, Mark was a motocrosser, a pretty good one. He rode a Bultaco Pursang and later a Husqvarna. A couple of years ago, over coffee with friends he lamented having not kept either bike. He was quite specific, it had to be a  250 Pursang Mk. 10 and a 1976 ½ Husky 250. In attendance that morning was The Enabler, a fellow dedicated to helping his friends’ to attain those special toys, no matter the cost. Just a few hours later and he had spotted an ad for both a Pursang and a Husky. The hook was set.

As it turned out, the Husqvarna lacked the all-important ½, but the Pursang was spot on. A nice example to begin with, but Mark’s mid-life motocross crisis needed it to be perfect. He tore into it, accomplishing a frame up restoration in just over three months.

The now pristine Bultaco did more than simply winning an Award of Merit this year, it reconnected Mark with a number of fellow racers from back in the day. And it also connected with Grand Marshal Miguel Duhamel.