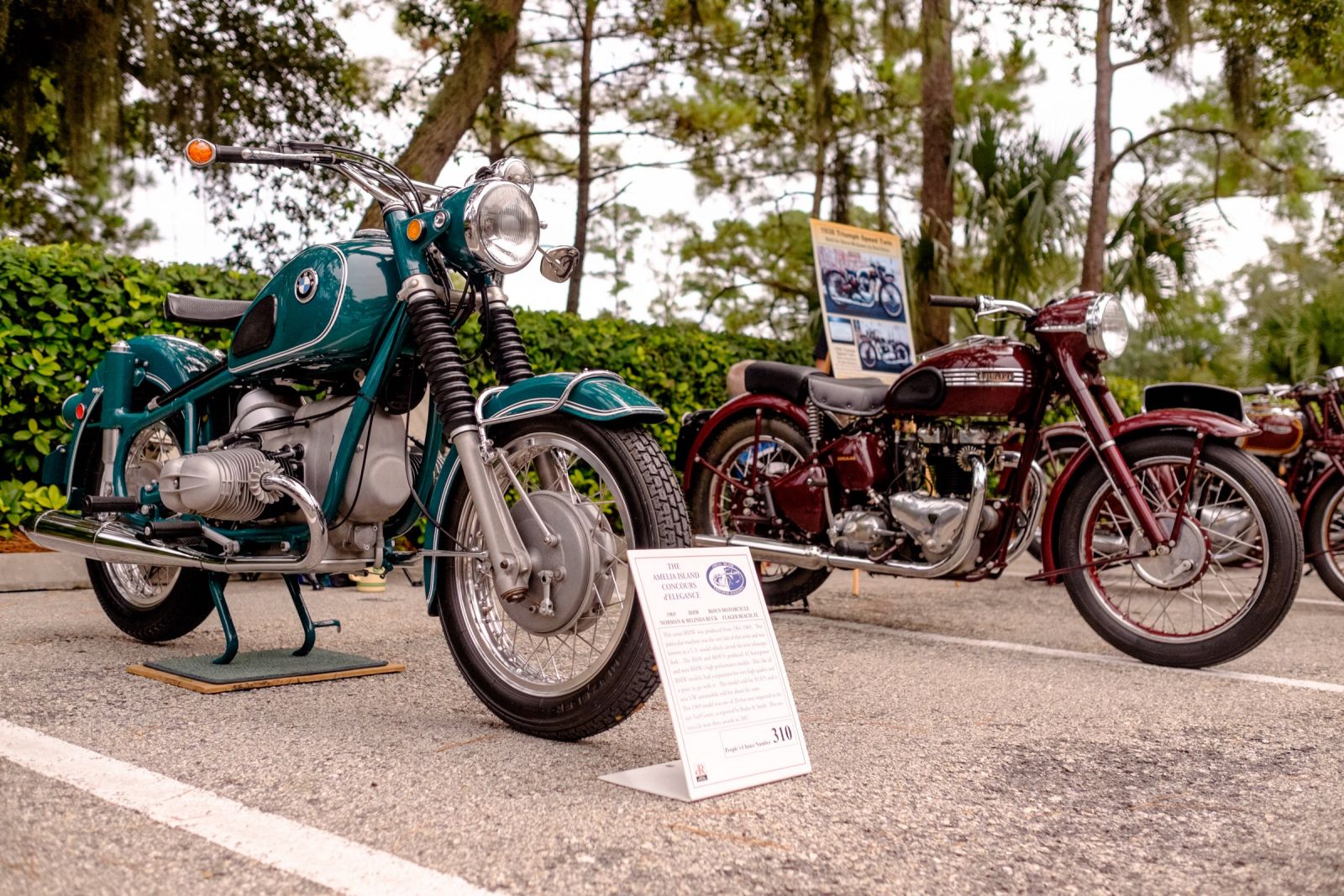 Riding Into History helped with the new motorcycle exhibit at the Ponte Vedra Auto Show on Sunday, September 13, 2015 at the TPC at Sawgrass, Ponte Vedra Beach, FL.  John Duss, a member of the Board of Directors for Amelia Island Concours d’Elegance and president of Riding Into History, invited special motorcycles from around the area.

There were 12 unique and rare motorcycles covering over 100 years of time.  The oldest bike on exhibit was Norm Nelson’s 1911 Reading Standard, which he will ride for the 2016 coast-to-coast Motorcycle Cannonball featuring motorcycles 100 years old or older.  Jack Wells brought his 1928 BMW R52 motorcycle that Norm rode to 2nd place in the 2014 Cannonball race from Daytona to Tacoma. We wish Norm another successful Motorcycle Cannonball race.  This will be Norm’s third time competing.

There were Triumphs, BSAs, an Indian, a Husqvarna, an AJS, a rare Brough Superior and some more beautiful antique BMWs.  These unusual motorcycles attracted a lot of attention.  Most of the bikes are from collectors that attend Riding Into History each year.  Thank you for bringing them out to the show. 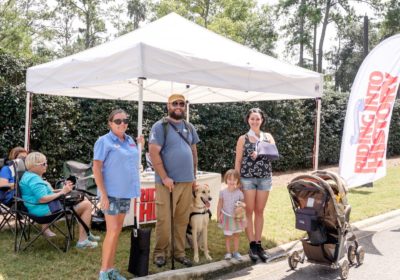 Riding Into History is very proud to donate each year to a charity.  Our current charity is K9s For Warriors.  We were again able to donate $40,000 this year.  With our donation comes the honor of naming a couple of the service dogs.  Triumph (one the dogs we named), his warrior, Joseph and his lovely family came by the Riding Into History for a visit.  RIH is so thankful to all the military heroes that have returned home to us.  Thank you Joseph, Triumph and your family for your sacrifices for our country.

It was a beautiful day at the Ponte Vedra Auto Show.  Riding Into History enjoyed visiting with lots of old friends.  We look forward to returning next year.