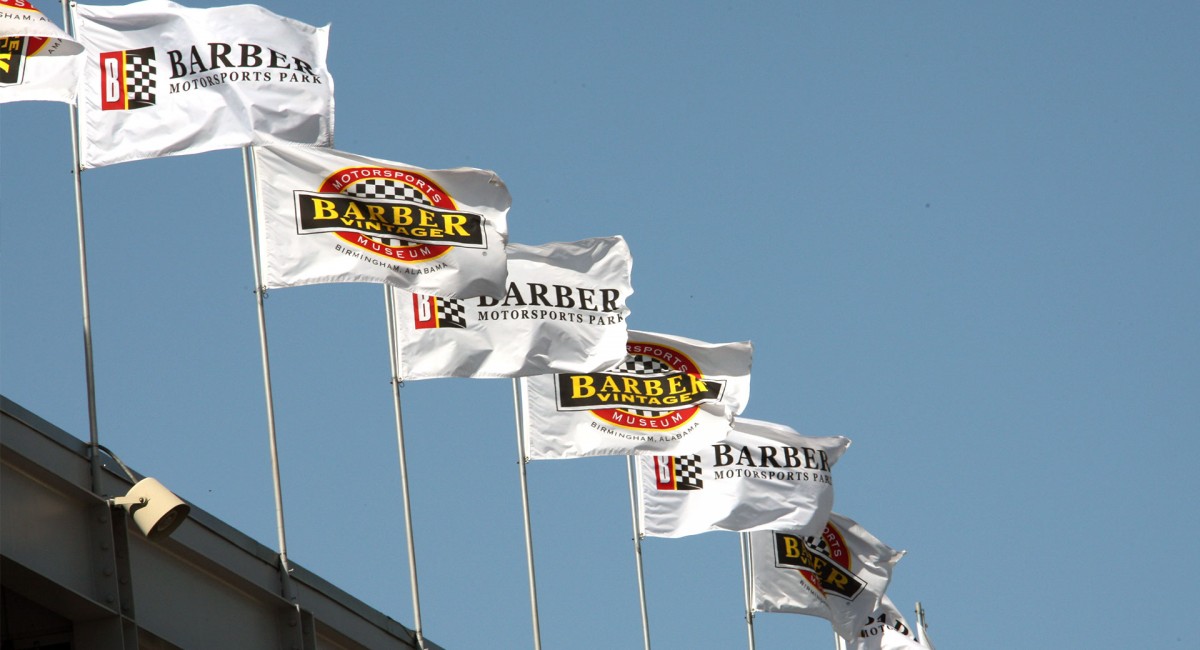 During a weekend in early October, a crew of volunteers with Riding into History (RIH) ventured up into the Alabama hills near Birmingham, to set up shop at the Barber Vintage Festival at the Barber Motorsports Complex. If you have never attended this festival, be sure to mark your calendar for the 18th annual event that will take place during the weekend of    October 6 - 8, 2023. 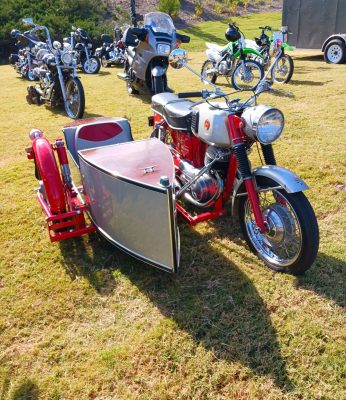 The USS Twingle. A rare Puch motorcycle sold by Sears. The hand fabricated sidecar frame and body make this rare motorcycle truly one of a kind. Twin exhaust on a single cylinder, hence the name Twingle.

The Barber Vintage Festival is a feast for the senses. You should go there expecting to see the unexpected. Your eyes will see rare, one-of-a-kind motorcycles, a swap meet that seemingly goes on for miles, pretty girls, colorful characters, and the death-defying daredevils in the Globe of Death. Your ears will hear the whining of the engines as the AHRMA (American Historic Racing Motorcycle Association) Vintage Motorcycle racers whizz by on the track, the siren announcing the beginning of the Wall of Death Motordrome show with its daredevil riders thrilling the crowds and the booming voice of the announcer calling the racers to the pits prior to their particular racing class. You will smell exhaust, gas, oil, funnel cakes frying, sausages with onion and peppers sizzling, fresh pine scent in the edge of the woods and sunscreen. You will get hit in the feels when you see the CMA (Christian Motorcycle Association) laying hands on and blessing a fellow biker and their bike, a Grandad lovingly showing his grandson or granddaughter a motorcycle he learned to ride on or talk to some of the vendors there and hear their stories of the passion and drive that it took for them to strike out on their own, in faith and never look back. And if people watching is your thing, you are in for a treat. 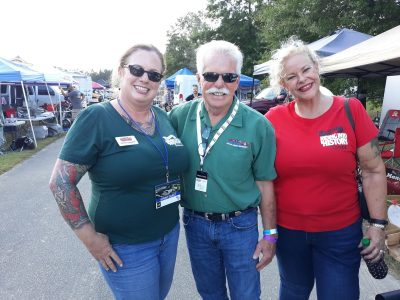 You may bump into a celebrity at Barber! Pictured L - R, Jennifer Samioglou, past Chairperson for RIH, TV personality Wayne Carini and RIH volunteer, Holly Bond.

The RIH crew comes up every year to set up our booth, talk to people about our event and sell RIH merchandise. We have posters, t-shirts, patches, ball caps for sale and all proceeds eventually end up with our charity partner, K9s For Warriors. This year we also raffled off 2 signed, framed Don Bradley RIH posters from earlier years. During our 3 days at the event, we were able to raise approximately $800 for our charity. More important than the money we raised was the connections that were made with old friends and new friendships formed.

In just 2 times to the event, I have met motorcycle and hotrod artist Eric Hermann, TV personality Wayne Carini, Globe of Death owner and rider Erwin Urias and Wes “The Ambassador” Connally. I purchased artwork from Eric Hermann, had my picture made with Wayne Carini and had two different motorcycles blessed in two different years by the CMA Riders who so graciously man the motorcycle parking and will even stow your gear for you. 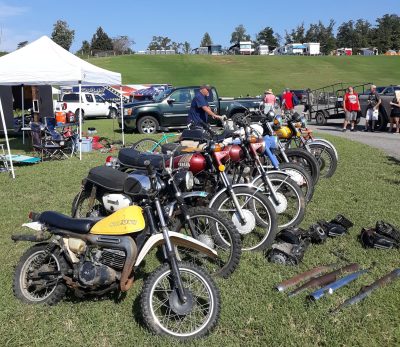 The swap meet is seemingly endless. Chances are you can find it here! 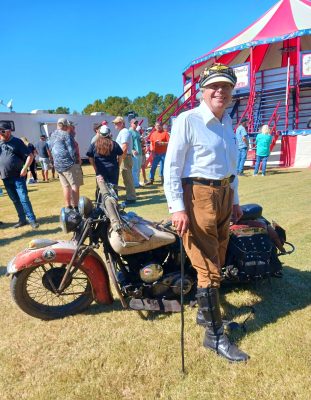 If you are looking for a vintage bike, or parts for your vintage bike, chances are you can find it at the swap meet at Barber. It seems like it goes on for miles and there is so much to look at. If you can’t find it there, there is probably someone there who has one or knows where to find it.

Since I started riding motorcycles in 2004, every bike event I have ever been to where there were old bikes, I would look for the motorcycle that my brother used to have when we were kids. It was an early 70’s model Honda XL175. I remember my brother saved his own money to buy that bike and it was just over $700 back then, brand new. I finally found one at Barber and it was for sale for $1500. I took a picture of it and sent it to my brother and told him if he would have only kept it, he could have more than doubled his money.

I would be remiss if I wrote anything about Barber and failed to mention the museum. The Barber Vintage Motorsport Museum is a world class museum displaying approximately 900 vintage motorcycles at any one time on several different floors, in addition to a smaller collection of cars. I, myself, have not ever been to visit the museum because I know that when I do, I will spend hours there and that would not be fair to the rest of the RIH crew. I plan to make a separate trip just to go to the museum so that I can take as long as I need to soak it all in. You should as well.