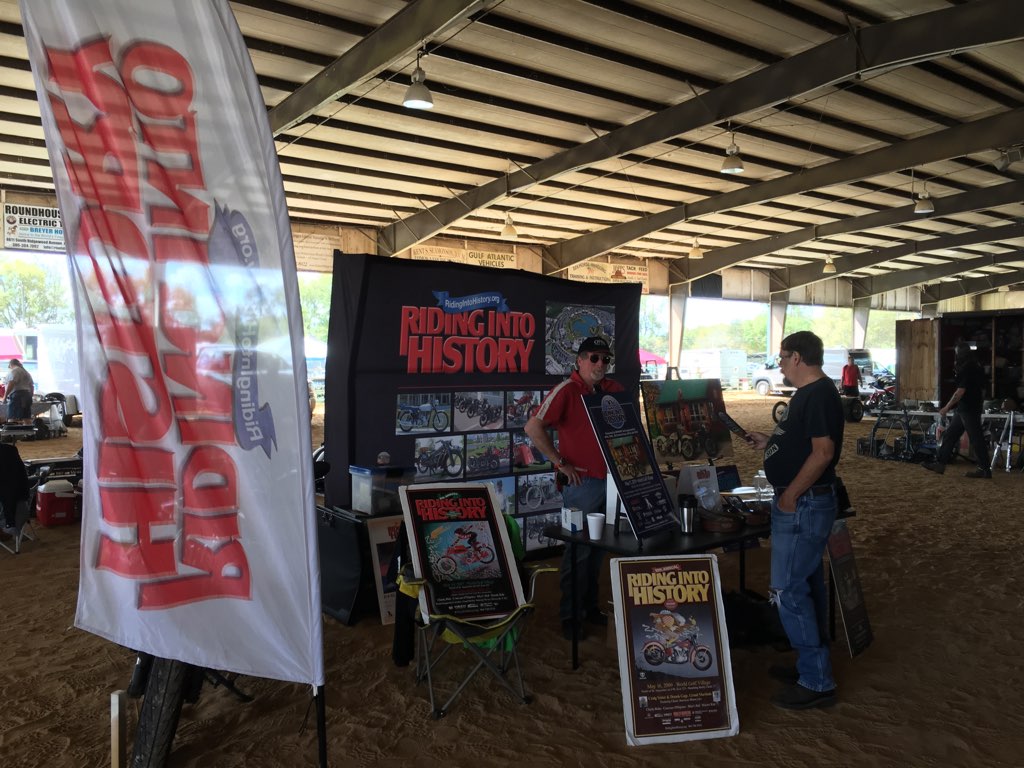 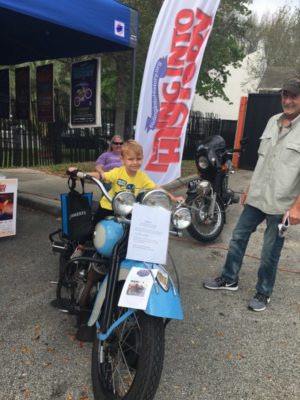 The Riding Into History volunteer team has been very busy over the past several weeks leading up to Bike Week!   We were represented at the Amelia Island Concours d'Elegance by Ken Lucius and Bill Peterson, who volunteered as Class Hosts for the Motorcycle Class and were there at 5:30am to help setup.  We had a booth at AMCA SunShine Chapter's National Swap Meet at New Smyrna Beach and earlier, we participated in the Adamec Harley Davidson Car & Bike Show in Jacksonville.  Bill Peterson also stopped by on their Demo-Truck weekend to deliver posters and advertisements and did a demo ride on a 2019 Ultra Limited. 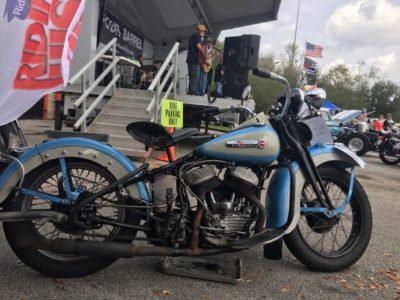 We ran into many old friends and made many new friends at these events, all of whom were very excited to be bringing some of their best antique motorcycles out for the 20th Annual Riding Into History Concours d'Elegance.

At all these events, we displayed our 20th Annual Poster, with artwork from Jim Dohms, and will be blanketing North Florida with Posters, Rack Cards and Flyers advertising the event. We will also have featured stories and/or advertisements running in several major national publications including Motorcycle Consumer News, American Iron, Rider Magazine and Motorcycle Classics. Advertisements will be going out in several regional publications including Thunder Roads Magazine, Antique Motorcycle Magazine and there will be a very special surprise you should watch for in Folio Weekly in April!

Gloria Struck is excited to be our Grand Marshal this year and will be doing both book signings and poster signings. We will have many exciting changes this year which will come out over the next couple week's newsletters so watch your email.