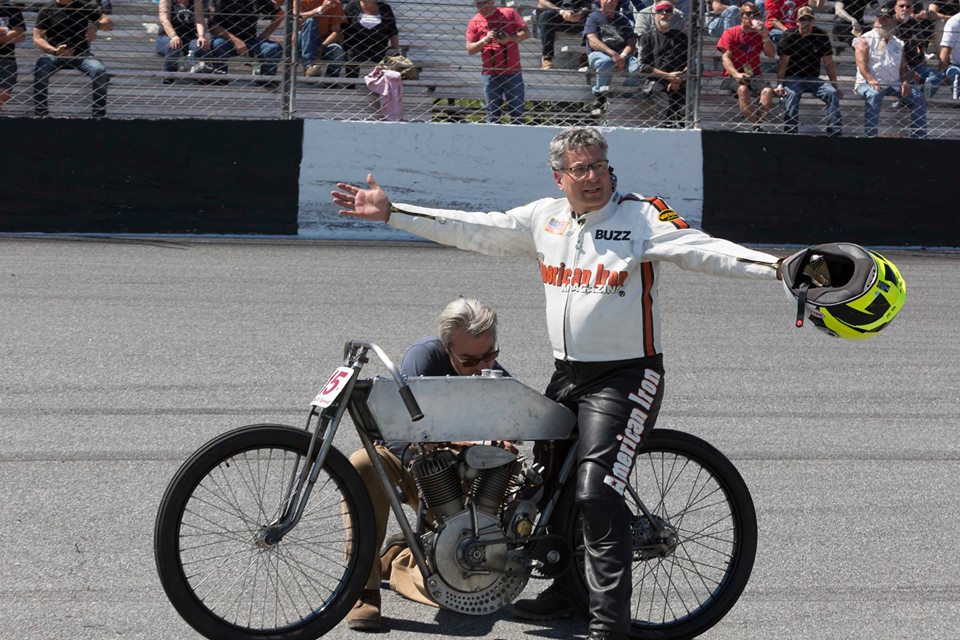 We are very pleased to announce that Buzz Kanter has agreed to attend RIH as our special guest journalist. This will not be his first visit as Buzz was also Grand Marshall in 2013.

Buzz Kanter is the editor-in-chief and publisher of American Iron Magazine and RoadBike Magazine, and was inducted into the American Motorcyclist Association Hall of Fame in 2002.

Having begun his publishing career by starting Old Bike Journal in the spare bedroom of his house in Stamford, he then moved to the basement of the family’s business. In 1991 he bought American Iron Magazine, rescuing it from near bankruptcy and making it the most successful publication of the genre.

Buzz is also a major collector of vintage motorcycles and a major supporter of Billy Lane’s Sons Of Speed races for century old motorcycles. 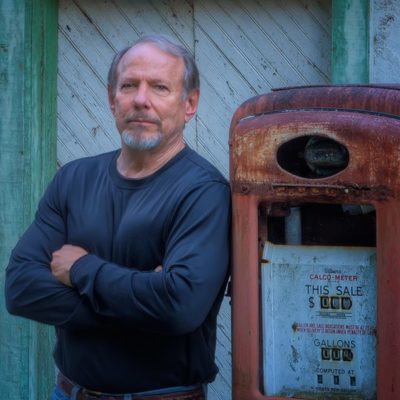 Our very good friend Jim Dohms will return as the official photographer of Riding Into History.

Jim has produced a beautiful poster for us this year, featuring an antique Indian racer posed in a period workshop, from the Dale Walksler collection at Wheels Through Time Museum.

Look for Jim wandering among the entries at the show. We will also have a sample of his work at the Charity Store; if you’re interested in a commissioned photograph of your motorcycle, talk to Jim or pick up a card at the store.