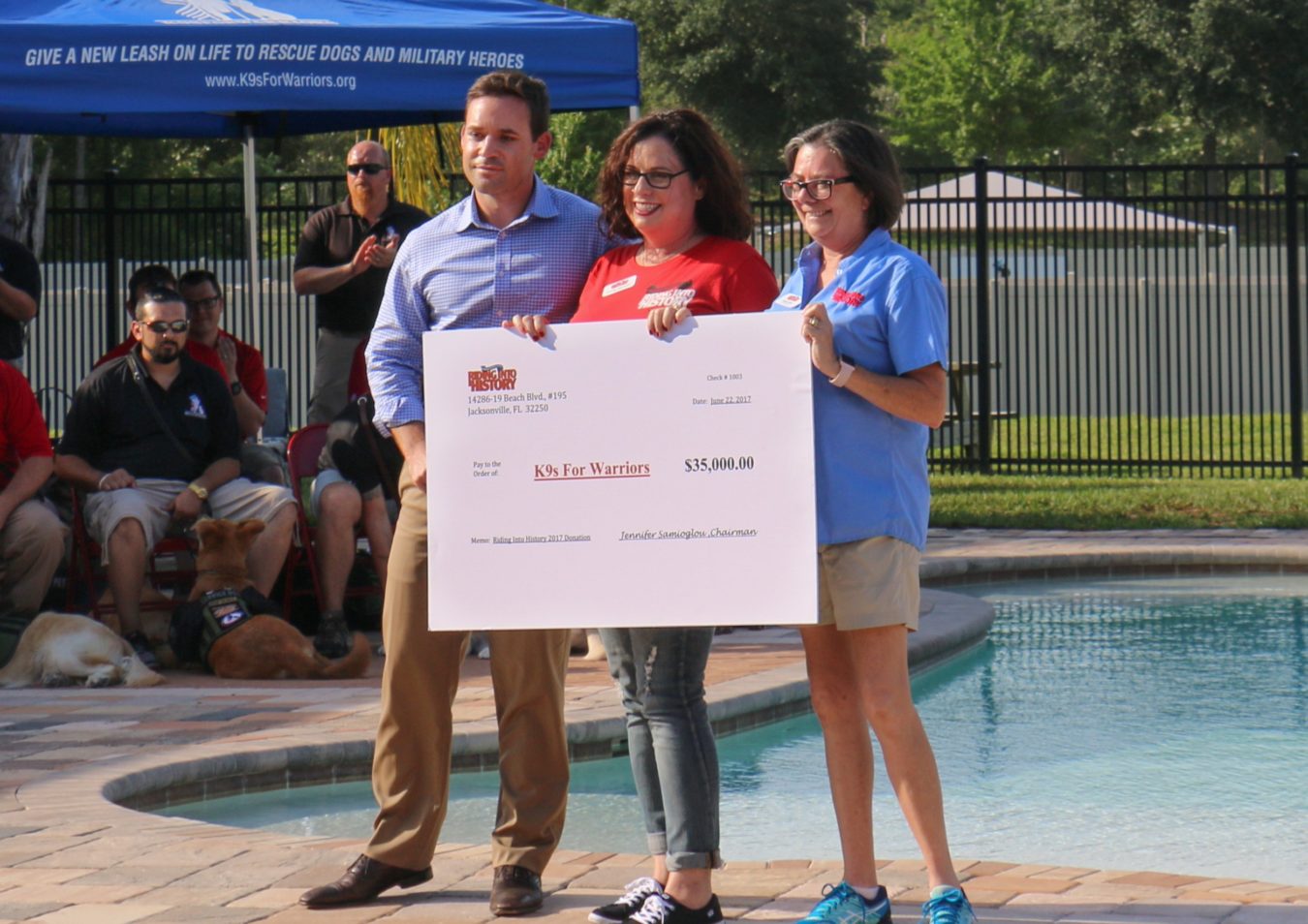 On Thursday, June 22, 2017, Riding Into History attended the June K9s For Warriors graduating class to present a $35,000 donation check. We had already given the real check on June 7, 2017 to qualify for a matching donation. The matching donation made our donation come to a whopping $70K! We always try to have our yearly donations matched. Thus far we have donated $160K to K9s For Warriors and almost $500K total to charities in 18 years.

Riding Into History is so proud to support K9s For Warriors. We look forward to our next visit when the next two dogs we named, Simon and Judie graduate with their new best friends.