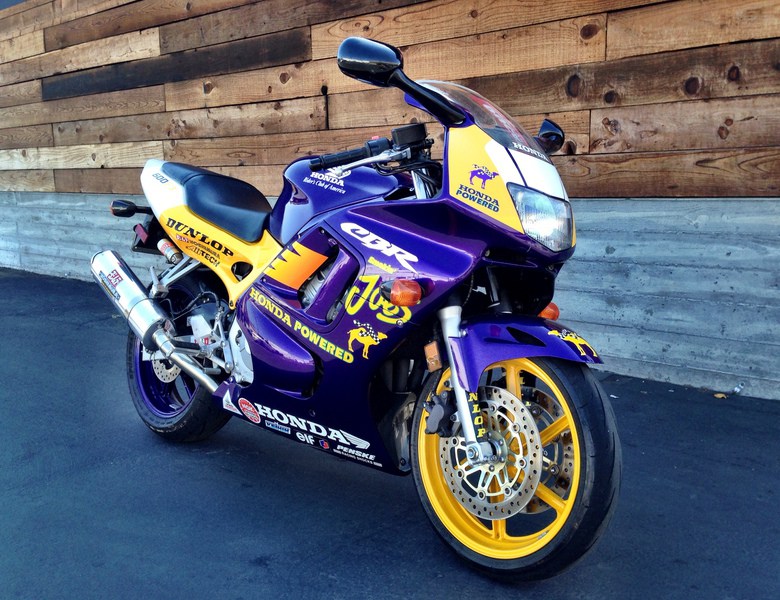 Grand Marshal Miguel Duhamel and his father honored guest Yvon, will be honored with a special exhibit featuring the motorcycles most often associated with racing success.

Thanks to Brian Slark and the Barber Motorsports Museum we will have a Smokin’ Joes Honda CBR600. Miguel raced many, many types and brands of motorcycles, but his success in AMA Supersports is literally unmatched, winning 40 races and 5 championships, virtually all on Hondas. The most iconic was, of course, the Smokin’ Joe Camel sponsored version. The era of cigarette sponsorship was ending, and even as it was being raced the Smokin’ Joe character was considered politically incorrect and under attack by anti-smoking groups. This did not deter Honda from building 500 replicas for the US market to celebrate Duhamel’s championship. Regardless of its perhaps less than savory purpose, the purple and yellow graphics made for an outstanding presentation.

When it comes to Yvon, there is but one brand that comes to mind, Kawasaki. Bright green, screaming two stroke Kawasakis to be exact. Scott Guthrie, a well-known racer in his own right, will be coming east from Tallahassee with a perfectly restored Kawasaki H1R. While it is always difficult to trace the lineage of a racing machine as it passes through many races and ownerships over the years, Scott believes this particulay H1R may, in fact, be the bike that Yvon rode to a historic victory at the Talladega Superbike race in 1971. 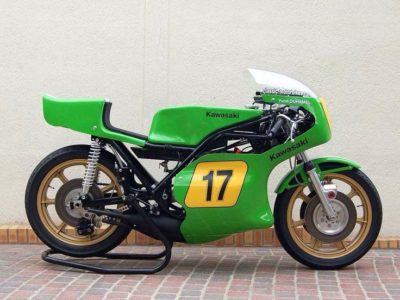 Both machines will be exhibited alongside the RIH Charity Store, near the entrance to the show. Miguel will be there during some show hours signing autographs and posing for photos by the motorcycles. If you get really lucky, you might also catch Yvon there as well.

The 18th annual Riding Into History Concours d’Elegance will be held at St. Augustine’s World Golf Village on May 20th beginning at 9:00AM. Riding Into History is a registered 501c(3) charity operated by an all volunteer staff. Since inception RIH has raised almost $500,000 for charity. This year’s proceeds will benefit the K9s For Warriors.