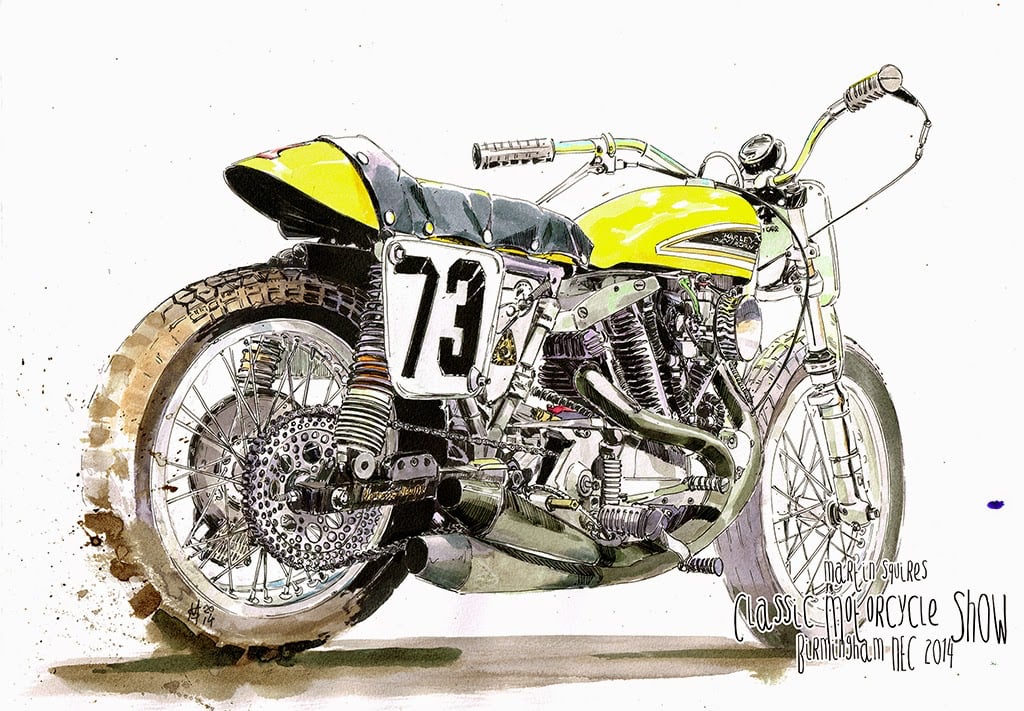 In the long, distinguished history of flat track there is one motorcycle that exemplifies the sport, has dominated for decades, and resonates with fans, the Harley-Davidson XR750.

We are very pleased to announce that the two legendary American racers most connected with the great XR750 have agreed to serve as Grand Marshals for the 2018 Riding Into History Concours d’Elegance.

Bill Werner is literally the father of the XR750. Born within walking distance of the Harley factory, Bill began working as a mechanic in the race shop in 1966. Three years later, working on his own time, he constructed what became the prototype for the Factory’s XR. For the next three decades, through good times and thin, Werner remained as the heart and soul of the XR750 program. In all his bikes accounted for 130 wins and 13 national championships, while he was selected as AMA Mechanic of the Year 13 times. In 2000 Bill Werner was elected to the AMA Motorcycle Hall of Fame, and just last year was named a Legend of the AMA. As a footnote, upon retiring from H-D in 2004, needing a hobby, Werner developed the hitherto unremarkable Kawasaki 650 twin into a bike that successfully challenged the XR’s domination of the fast mile tracks.

Of equal import to the XR legend is the rider who took nine national titles on the fabled motorcycle. Scott Parker. Scott began racing flat track at age 12. Three years later he was on a Harley and rode only the Milwaukee bikes from then until he ended his career in 2000. Among his hundred or so national wins, fifty-five were on the big mile tracks that define the sport. Parker rode both as an independent and as a member of the H-D factory team. Through pretty much all of Parker’s pro career, who was his tuner? Bill Werner, of course.