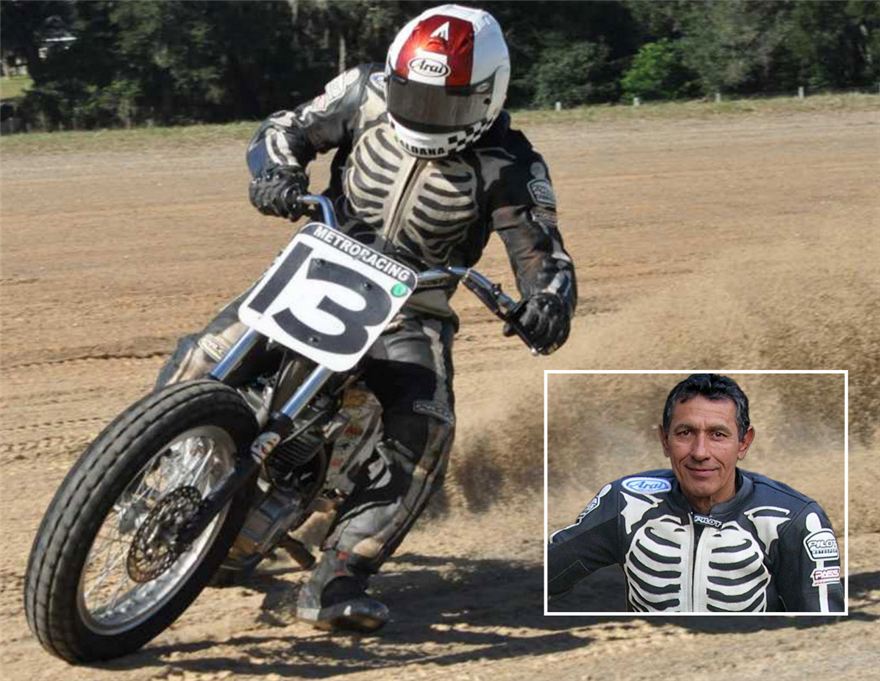 Riding Into History is excited to announce David Aldana as the 2015 Grand Marshal!

David Aldana is a motorcycle racer who specialized in dirt track oval racing and road racing. One of the most colorful personalities in racing, David Aldana was a top AMA Grand National Series competitor during the 1970s, winning four AMA nationals during his career. The classic motorcycling documentary, “On Any Sunday,” caught snippets of Aldana’s rookie season and it conveyed his brash and carefree attitude. By the late 1970s, Aldana began concentrating on road racing. While with BSA, Aldana was a part of the American team that went to England to participate in the Trans-Atlantic Match Races.  In 1975, he was the top individual scorer at the Trans-Atlantic Match Races, and led the American team to their first victory in the series over the British team. Honda recognized Aldana’s obvious talent on Superbikes and hired him to race in the World Championship Endurance Series. In that series, Aldana raced in races such as the prestigious LeMans and Bol ‘d Or 24-hour events and the Suzuka Eight Hour, at that time arguably the single most important motorcycle race in the world.

In 1999, David was inducted into the AMA Motorcycle Hall of Fame.