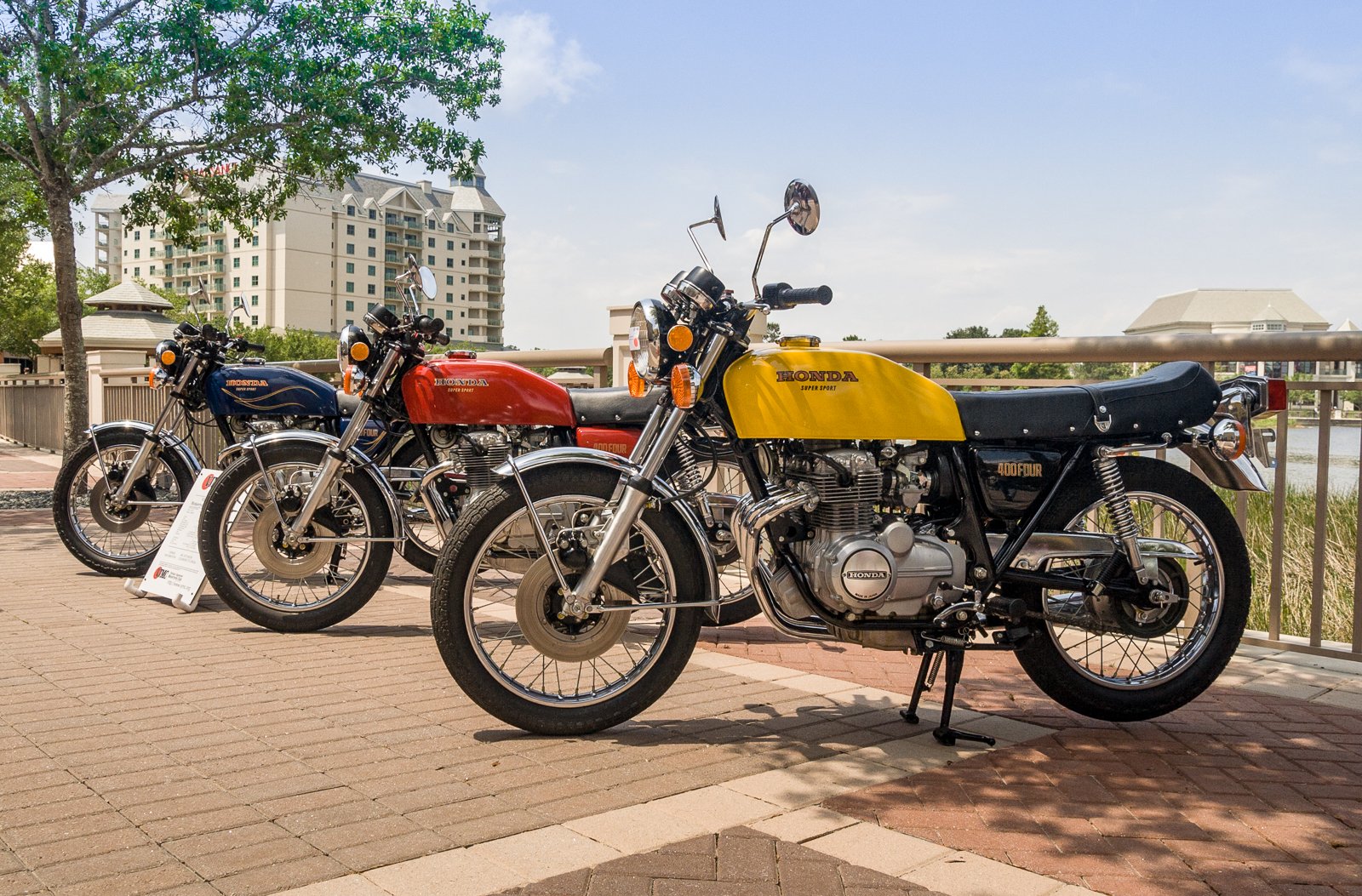 To beat them he determined would require more cylinders and higher revs. So he built multi-cylinder race bikes and, with them won many world championships. This led Honda, in 1969, to introduce the seminal CB750F four-cylinder which forever changed the motorcycle industry.

In 1971 Honda built the downsized CB500F, to be followed three years later by the upgraded CB550F. Both bikes have fervent followers who believe they, and especially the 500, to be better all-around than their larger brethren.

Honda’s devotion to small displacement motorcycles led to the 1972 introduction of their smallest four, the CB350F. It was rev-happy, a bit of a buzz saw, but disturbingly, less quick than Yamaha’s new RD350 two-strokes. This led to development of the CB400F. Coming out in 1975, the 400 may in fact be the perfect SOHC Honda four. It was light, powerful, handsome, and possessor of the sexiest exhaust system ever seen on a production motorcycle.

Jim Atchison was much taken by the CB400F and by the mid-2000’s he had one in each color. Building on that, Jim has assembled a collection of each of these classic Honda fours. For the first time, thanks to Jim, you will be able to see all of these bikes together arrayed in chronological order at next weekend’s Riding Into History.