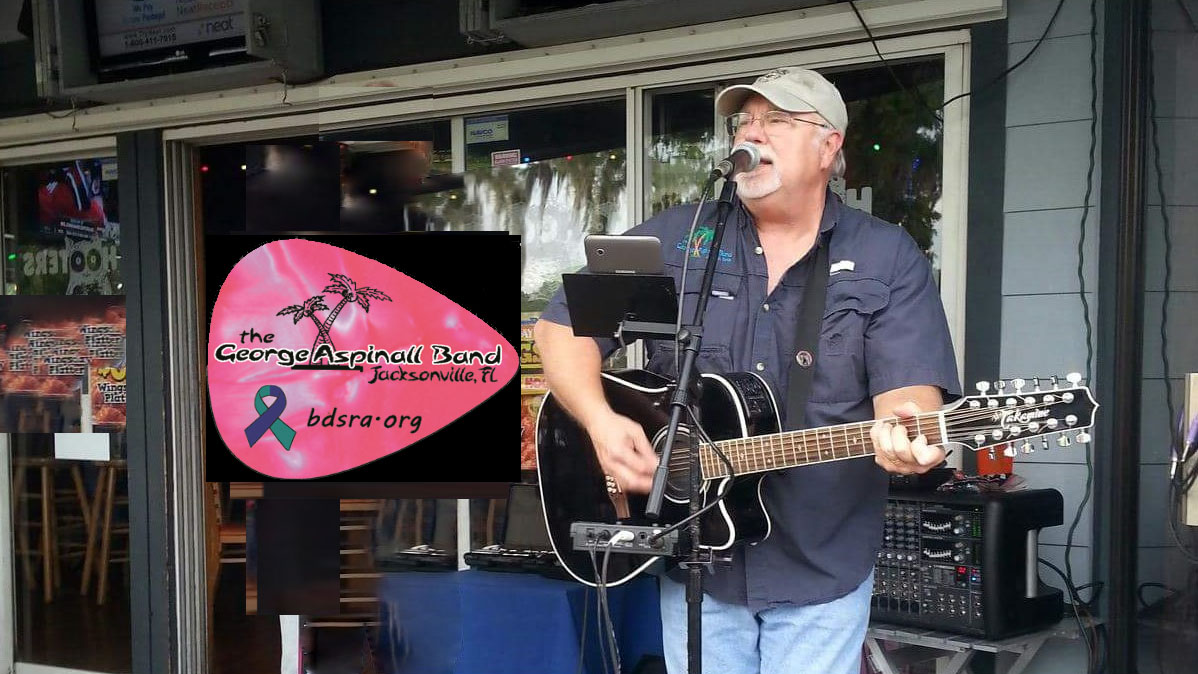 Riding into History is excited to share that local singer songwriter, George Aspinall will be performing during our Concours on Saturday, April 23 at the World Golf Village in St. Augustine.

George “Nightingale“ Aspinall, better known as “Papa George rock star” to his granddaughters is also a born and raised Jacksonvillian and is the founder (thus the name), front man and general trouble maker of the George Aspinall Band. George has been "annoying/entertaining" audiences with his original music and eclectic covers for over 35 years. Received his first guitar when was 6 and immediately destroyed it.

The “George Aspinall Band” has been around in some form or another since the ’70s. The band performs a wide variety of music, from Buffet to blues, country to rock, 70’s to 90’s, with audience and comedic interaction as one of the mainstays of this local band. Their eclectic “genre” makes them appealing to audiences of all ages.

Riding Into History is a non profit 501(c)3 organization with its primary charity, K9s for Warriors which provides service dogs for disabled veterans. Riding into History has donated over $600,000 to local charities since its founding in 1999.

For more information go to RidingIntoHistory.org.