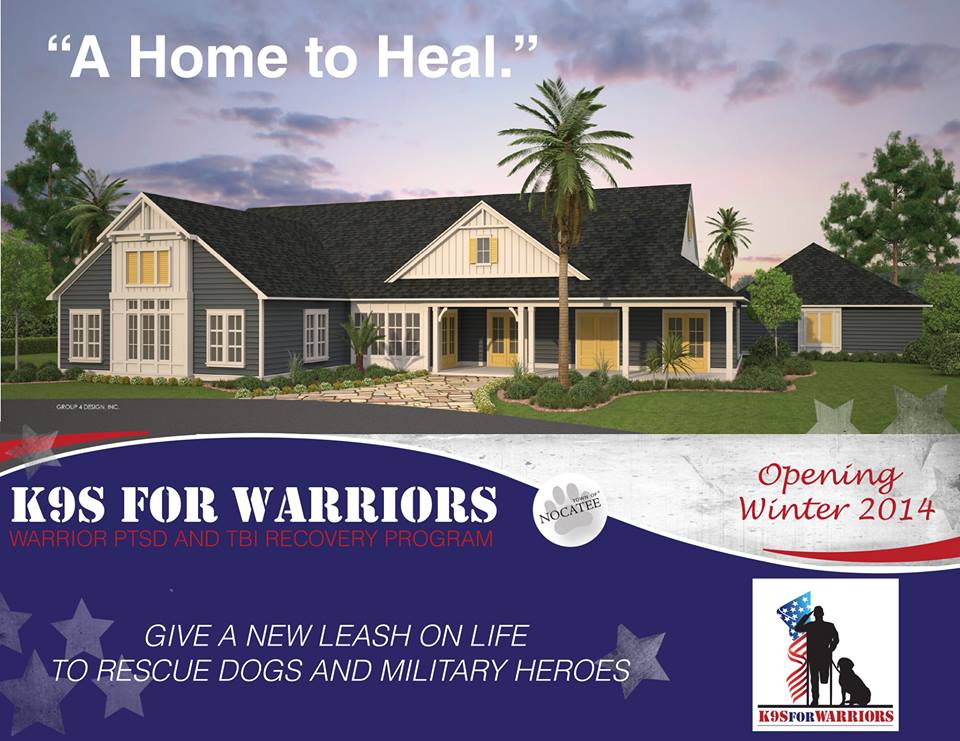 Our Charity, K9s for Warriors will be breaking ground on a new facility at the Nocatee Community in St. John’s County FL.  K9s for Warriors’ new facility will build on the successful model it has established at its current location. Four, four-bedroom, two-bath homes will provide housing to 16 veterans each month. In addition, the new nine-acre location will feature a clubhouse with a fitness room, big-screen TVs, pool tables and computer workstations where veterans may keep in touch with their families. The grounds will also include an outdoor patio and a fishing pond, as well as an expanded kennel and dog bone-shaped pool for the service dogs, which are rescued from animal shelters.

About K9s for Warriors

Founded in 2011, K9s for Warriors is a not-for-profit organization committed to providing service dogs to wounded warriors suffering from PTSD as a result of military service. K9s for Warriors trains the dogs and matches them with soldiers, who participate in a three-week residential training program to learn how to work with their service dog.   We are proud to have K9s for Warriors as our charity!