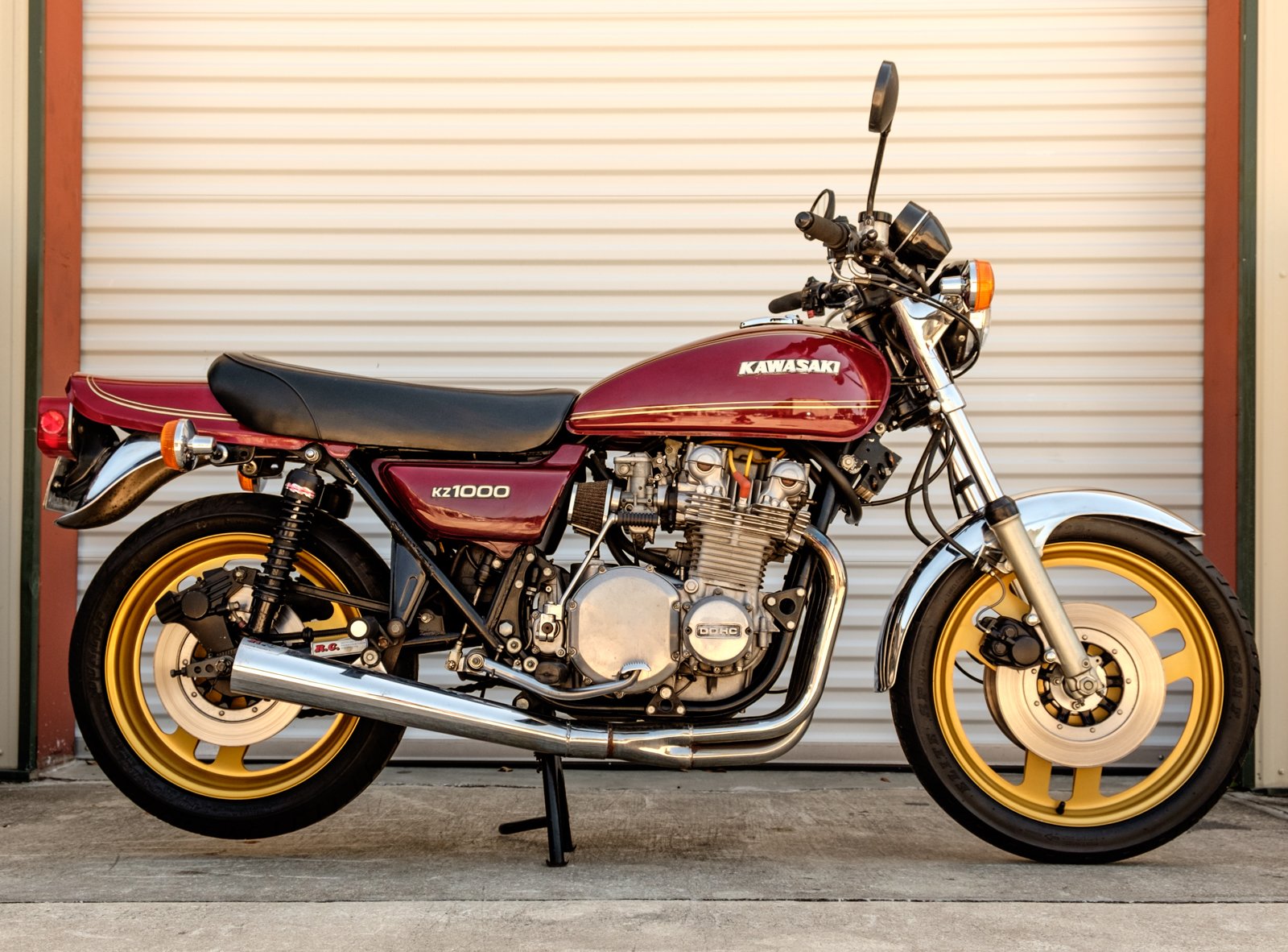 The mid-1970’s saw the birth of Superbike racing. The Japanese companies were building ever more powerful four cylinder bikes to compete against the BMW and Ducati twins.

Kawasaki introduced the KZ1000 as their weapon of choice. With some assistance from Kawasaki US, the St. Augustine dealer went racing. Phil Ridgdill was their rider of choice. He rode many regional races, including Gainesville where they used the drag strip and return road to make a temporary track. Phil rode the Daytona 200 in 1977, despite some bike problems finishing 30th (though in front of 1976 winner Steve McLaughlin).

In October the team went to Palm Beach Raceway where things did not go well. According to the October 31st issue of the Palm Beach Post, “Phillip Ridgdill of Jacksonville proved it (racing) can be dangerous. After leading the Class 5 Cafe Race his cycle went into a high-speed wobble at about 140 mph, ran off the course almost striking the guardrail, then became airborne a few yards down the track. The cycle, with Ridgdill still clinging to it, catapulted end over end and hit Ridgdill a few times before the rider was thrown about 200 feet. Ridgdill suffered two broken legs and possibly a broken arm, and was being treated at Community Hospital.”

That pretty much ended the season, and Phil’s time with Kawasaki. He would go on to race a Ducati, but that’s a tale for another time.

After the season, Phil wound up with a new KZ1000 street bike. But the dealer team had a lot of special parts so the boys decided to set up the KZ. They ported and polished the head, installed Schooler cam, ditched the standard air filters, and rejetted the carbs to work with an RC Engineering pipe and K&N stacks. As a final touch the original, heavy Kawasaki wheels were replaced with a pair of bespoke aluminum racing wheels anodized a beautiful gold to match the KZ’s pinstripes.

Phil is still a very rapid rider, as those of us who ride with him can attest. He is a great friend of Riding Into History, and realizing that he would probably never get around recommissioning his old KZ, He donated it to RIH to auction off for charity. Chris Alley and Alex McLean of A.C.E. Vintage Motorcycle Specialists donated their time and skills to get it running as sweet as ever.

Now, who wants to own this old rocket ship with 1970’s history?